The weather in the lead up to this trip plus the changing forecasts raised doubts over whether the trip would proceed. Eliot was keen around midday Friday for us leave earlier as winds were forecast to rise later – they certainly did too. It was quite a rough trip across. Some people weren’t able to make it.

Our final number was 13 after several people pulled out. Rain set in soon after arrival so the usual critter search at the flax weevil test site was called off. Two groups braved the conditions. Helen, Cooper and Sarah checked the fluttering shearwater burrows for birds not present in Colin’s check. Will, Annemieke, Sarah-Jane and Daniel visited flax weevil MIQ in an attempt to remove the marked weevils placed there last trip. They found 2 of the 20! Several did a side trip to the gannet site and discovered 2 live gannets there. One was still there in the morning.

Saturday morning dawned fine, though it was very damp under foot. Will worked with Sarah and Cooper setting the flax weevil pitfall traps, Helen worked with Sarah-Jane and Daniel trimming back the guano powered  grass growth at the flutterer site. They also installed the 6 more WFSP burrows asked for by Cathy M. Helen needed to find chicks big enough to be banded and so lessen the banding work load in January.

Annemieke and Gillian monitored the ngahere finding just 1 target lizard. They were able to check for green gecko in the warm, sunny conditions. Also in operation were the speckled skink pitfalls set before dark Friday evening. Great to see Gillian back on Mana after her long spell recovering from illness.

Rosemary, Peter and Margriet did their coastal litter survey starting at their site near McGregor Rock, followed by the western coast site and finally the Hole in the Rock site. They completed their sorting of the litter in the fading light.

Richard continued the battle against the wetland path weeds. As people finished they went and assisted him. Dale visited all sites, took photos of signage for Jaz and assisted Nick and his dad Jim clearing culverts on the Central track.

Will lead the night critter search of the 80 poled flax plants. 13 weevils marked back in March were recovered, recorded and released. He was assisted by Annemieke, Richard, Sarah, Gillian, Cooper, Sarah-Jane and Daniel. Most of the group got back before the rain set in. A further 5 marked weevils were recovered at MIQ.

Helen and Dale visited the flutterer site and did a series of checks of active burrows searching for adults not present on earlier visits. 1 new one was found.

The rain pelted down early Sunday morning and continued until around 10am. We had already agreed to start later but most held off leaving the Lockwood until around 10. Flooding of the area around the Lockwood and caravan was up to boot top level – the main stream taking water from wetland and higher up the valley catchment area, flows through the culvert just a few metres north of the building. The photos show levels before the peak was reached.

Flooding was found at the flutterer site. On checking active burrows chicks were found to be standing in water. Helen, Sarah and Cooper temporarily removed chicks and scooped out the water. Grass ‘nests’ were put into the burrows to elevate the birds from further flooding – how fortunate it was that the crew was there to carry out the rescue work! Another effort was made to trim the long grass back.

Rosemary, Margriet, Peter, Gillian and Dale began making internal blockades for the WFSP burrows. It took time to create the ideal blockade – best was sewing cotton thread through 2mm plastic mesh onto a ‘U’ shaped number 8 wire frame. Gen supplied the needles and thread. Time consuming work – we got 31 made. 3 people have each taken 10 blockade components home to complete before they are needed when the chicks arrive.

Sunday had turned out sunny and the water lying about quicky subsided – you could still hear the splashing while walking about.

Dale managed to hang up 4 panorama photos from the Pataka display, artistic direction by Annemieke. 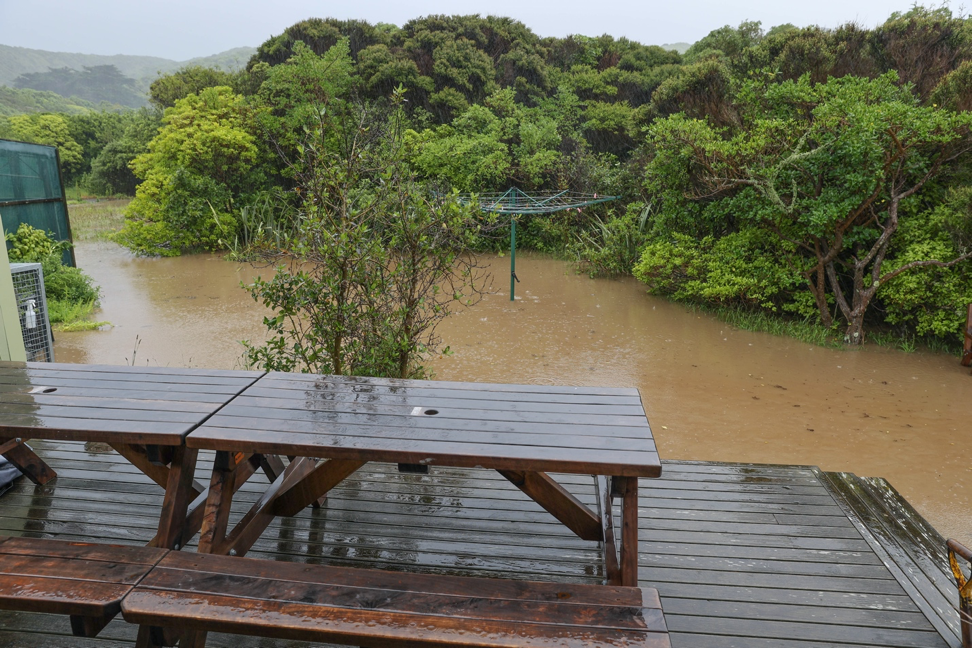 Flooding around the Lockwood house 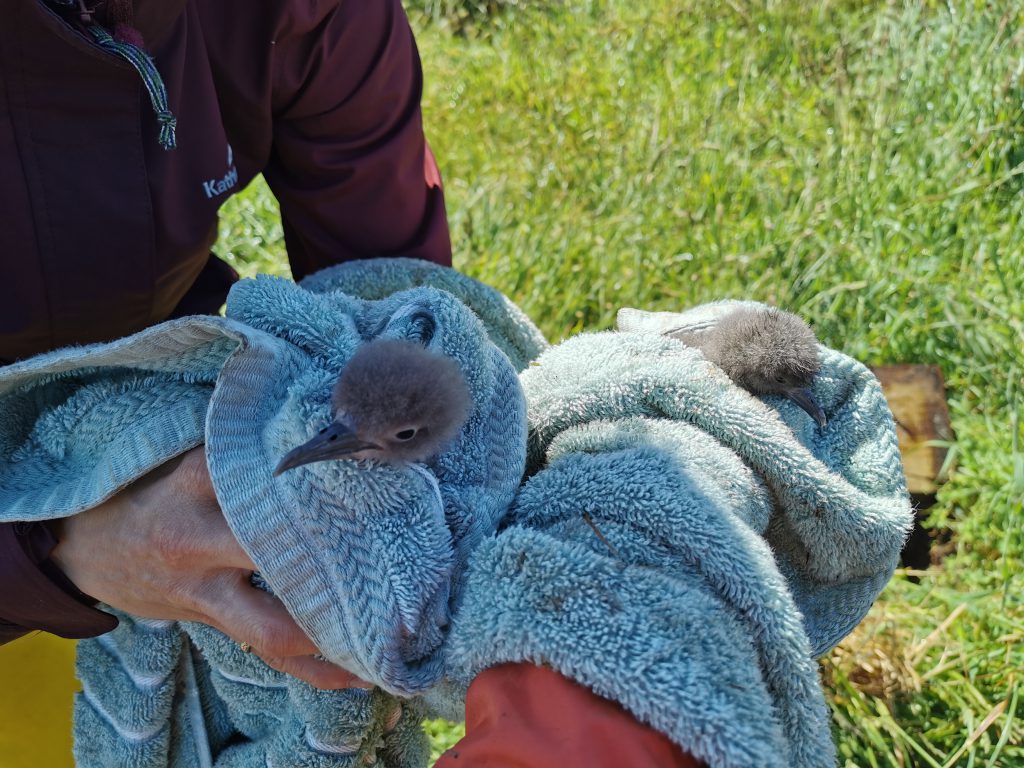 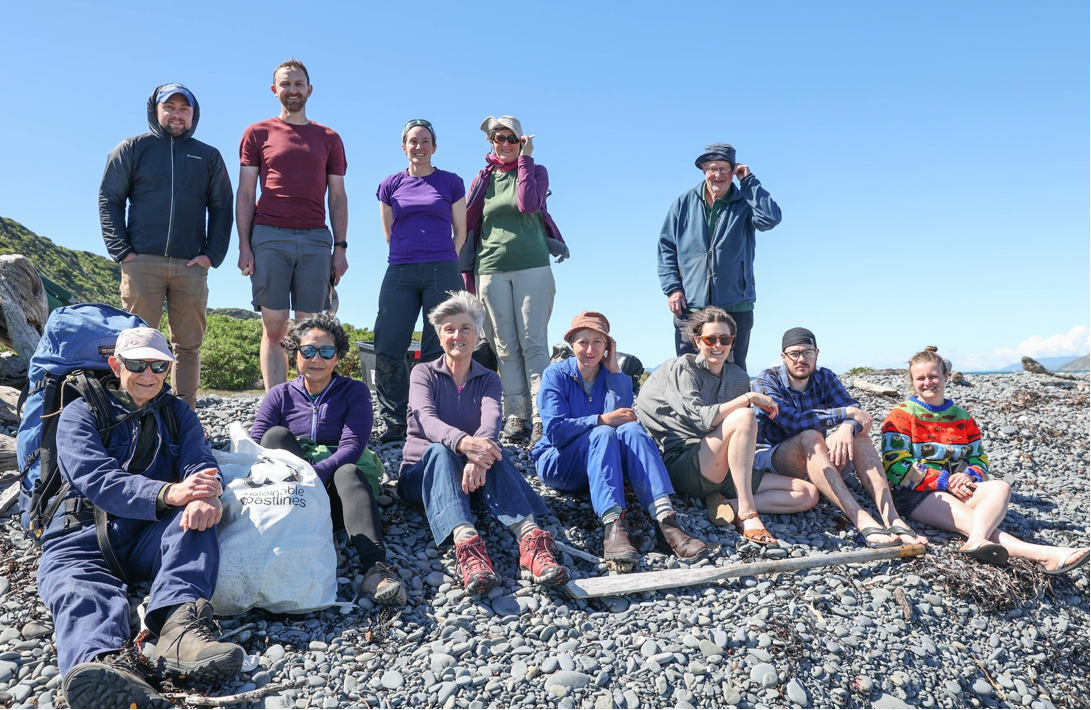 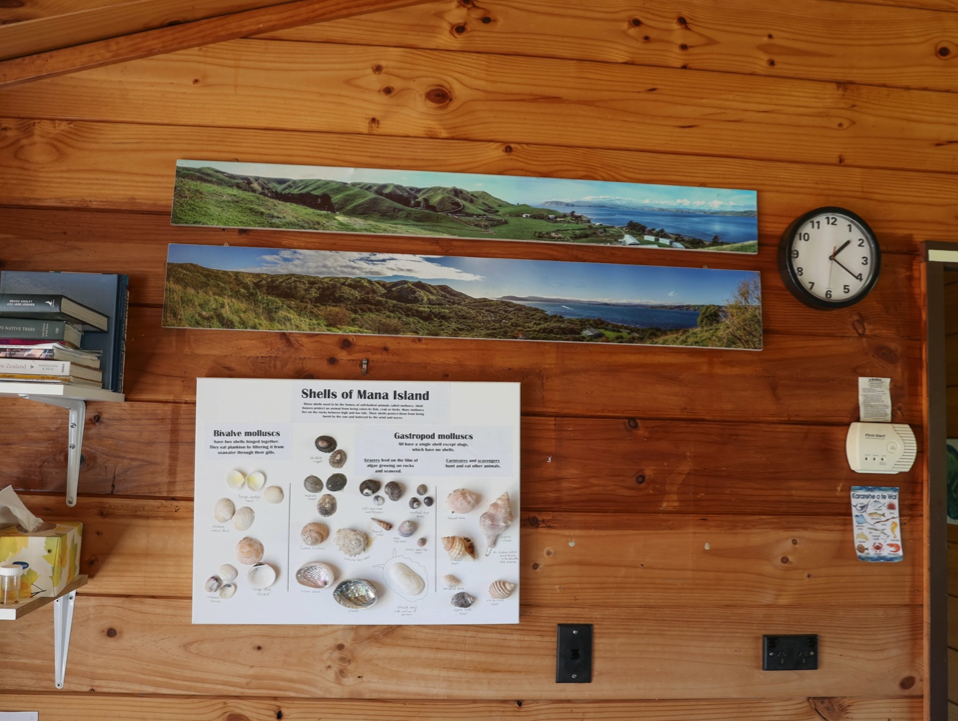 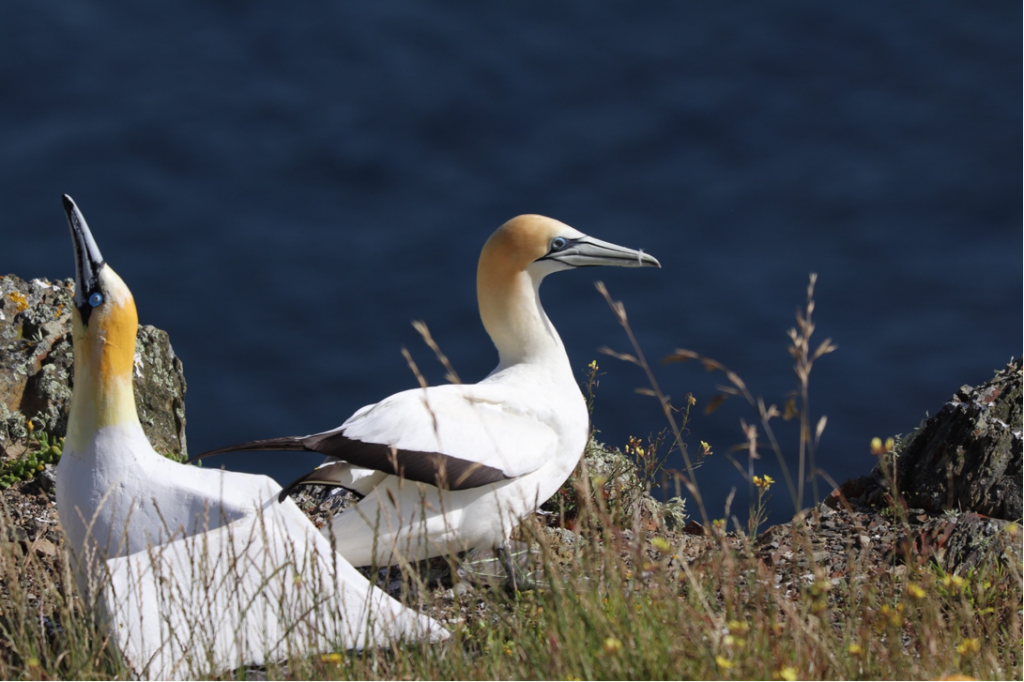