Now back at level 1 we were able to take a full complement of 17. It was back to sharing smaller spaces and noisier, but as usual a friendly and good natured group.

There were many new faces on this trip. Most joined Will on his critter search, Friday night at the flax weevil trial site. The group recaptured 18 marked weevils over the weekend. This brings the total of unique marked weevils recaptured by FOMI volunteers up to 114. This is out of a total of 430 marked weevils, and is quite a high strike rate in studies like these. Volunteers counted over 1400 weevils at the study site (80 mature flaxes) during their regular 2 hour night time monitoring. It was close to midnight when the team returned.

A key task on Saturday was to find a flax site not yet infested by flax weevils and to erect a fence – ‘flax weevil MIQ’, to allow study of their life cycle. Just now this is unknown. Colin, David and Douglas selected a site began erecting a fence – using gecko fence materials. Dale assisted later. On Sunday Dale, Peter, Cathye, Douglas and Rick completed the fence and Will arrived with numbered, bee tagged weevils to release in this enclosure. The selection criterion for the weevils was that pairs were involved in mating on collection – they were collected on the previous nights.

Trent, Halema, Brittany and Sarah set the speckled skink pitfalls, monitored the ngahere site covers and checked for green geckos over the two days. One ngahere was spotted – Trent recognised it by sight – one he had transferred. Two green geckos were found, one identified at this stage.

Peter and Cathye completed the first cycle of the revised light-welling programme. Rewarewa are the most common trees to have reached the canopy. There are many kohekohe seedlings – Peter believes areas kohekohe forest will be common on Mana in the future.

Will, Andrea and Margriet set the flax weevil site pitfalls and monitored these Saturday and Sunday.

Mark assembled the six extra WFSP burrows needed for the February translocation. This was dry work in the workshop on the rainy Saturday morning. Dale painted on the lid numbers.

Colin, Brittany, Douglas and Sarah checked the fluttering shearwater burrows and recorded bird band numbers. Pretty sure the active burrows, with bird and egg was 35 (2 of these burrows were egg without bird). Colin believes some birds may yet lay eggs.

Richard, Linda and Rick planted trees in the wetland and weeded. Richard and Mark continued this work on Sunday.

Linda and Colin were both involved in guiding trips on Sunday. Linda with a FOMI trip and Colin with a Te Papa group.

As usual almost all of the tasks were achieved and there was a nice mix of young and old. As usual Nick the DOC ranger was available to support with tasks like transporting stuff, making time to chat to our group and generally being a great resource to tap into. 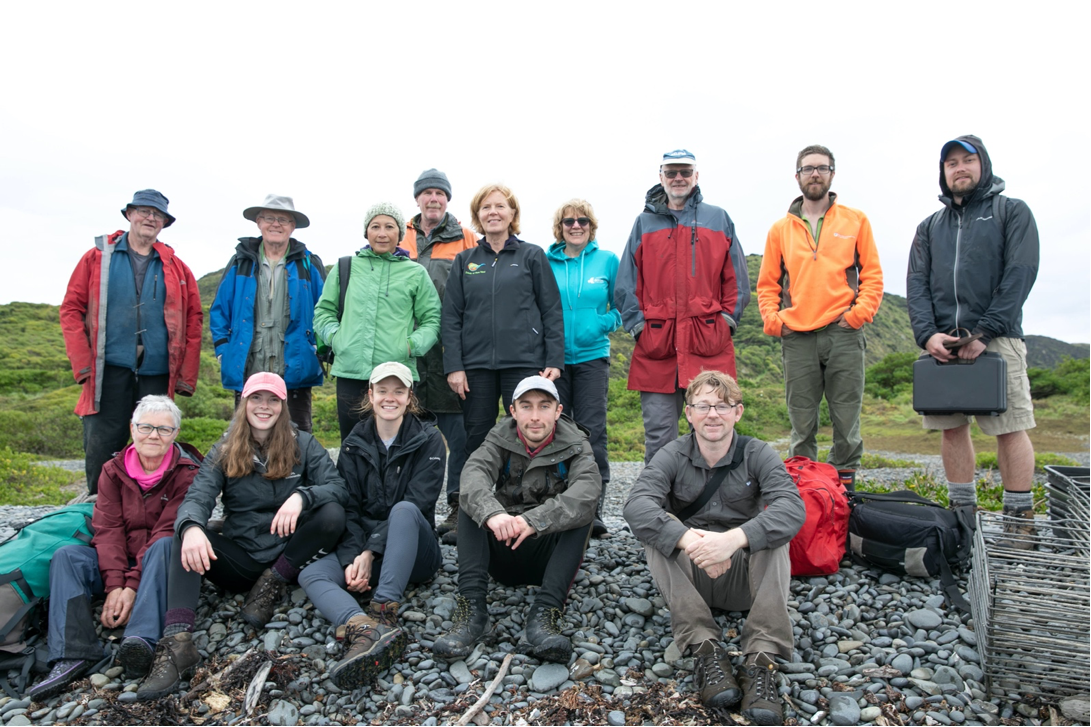 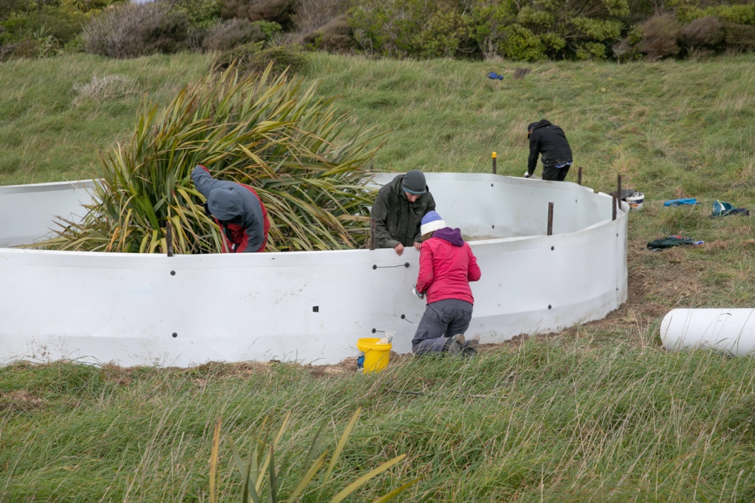 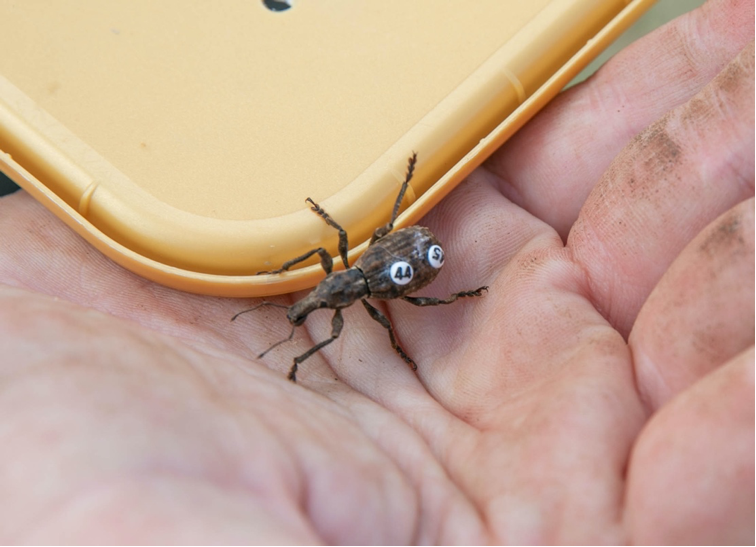 A flax weevil, marked with two glued on bee markers – same process for all the released weevils