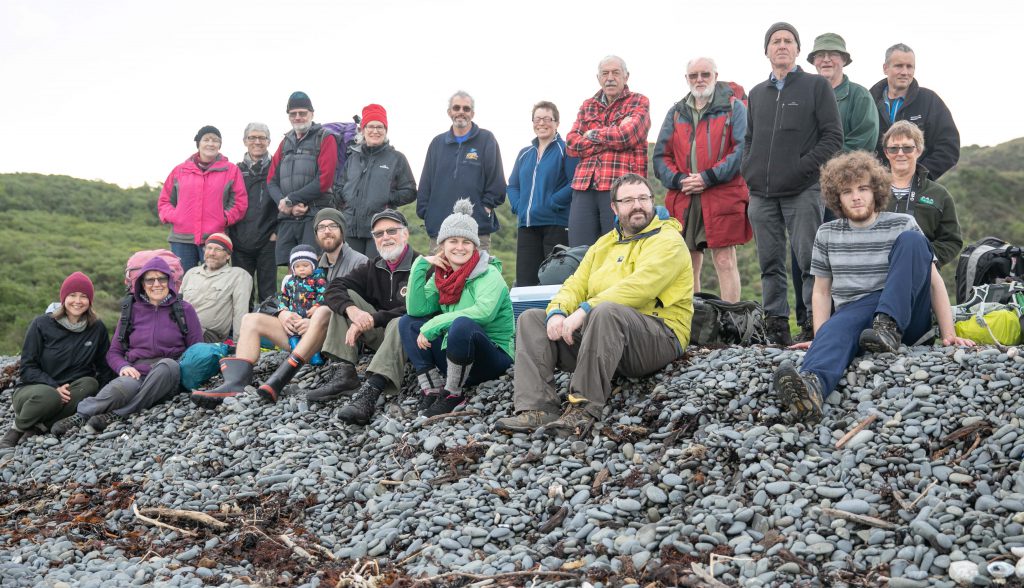 A lot of tasks were accomplished in a working party trip over the weekend of 15-17 June 2018, making good use of the skills of our volunteers.

Our group of 17 volunteers included Heather, Annemieke and Jozef who attempted to find Ngahere gecko, (trickier now that the gecko fence has been removed). No Ngahere were spotted, but lots of common geckos, tree wetas and giant wetas. 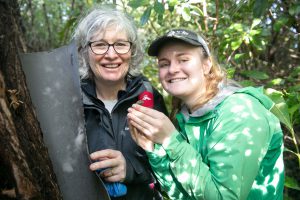 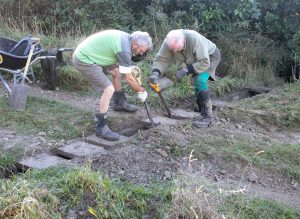 Peter and Cathye led the lightwelling groups which cut back vegetation around canopy species to encourage growth. Our efforts with this work over the last three years have been effective in accelerating the growth of slower growing species. Peter and Cathye have been tidying up the data and making it more user-friendly.

Richard led a team which transferred kahikatea trees planted out two years ago in what turned out to be the wrong place. The new placement will ensure they are not disturbed again.  Trails all around the island, from near the woolshed to south of the lighthouse site had vegetation trimmed back by a number of volunteers.

Adrian and Allan helped Nick the DOC ranger with clearing out culverts on the track to the water storage tank. This work will limit the scouring of the track surface.  Colin, Nick and Dale checked the best area within the site agreed on for the new green gecko enclosure.

Colin was busy both nights recovering tracking devices from diving petrels. Four of the 10 tracking devices deployed in October were recovered. Colin was assisted by Heather and the other Richard on Friday night, and Heather, Annemieke and Jozef on Saturday night. Colin also set up two teams to conduct five-minute bird counts at the 20 stations around the island. This activity, carried out by trained volunteers, is set to become a fixture on future work trips.

Colin, Nick and Dale looked at mature flax plants which were still weevil free, south of Lance’s Gully. We were looking for 80 such plants to be used in an experiment to find a method to minimise the effect the weevil is currently having on Mana’s flax.

As usual the standard of food and conviviality of the group was fantastic. The tired bodies that trekked to the cars on the mainland is becoming the norm after a great weekend on the island.