In 2019 FOMI translocated 40 North Island fernbirds/mātātā to the island’s wetland from Rotokare Scenic Reserve in Taranaki. There were previously none present on Mana Island. We are very grateful for sponsorship from OMV NZ to support this project.

To establish a breeding population of North Island fernbirds/mātātā on Mana Island.  The island provides a range of habitats suitable for the fernbirds. They were identified as a candidate for reintroduction in the 1997 Mana Island Restoration Plan (Miskelly 1999).

This transfer was the culmination of three years of planning by FOMI in conjunction with Kevin Parker of Parker Conservation and the Rotokare Scenic Reserve Trust. We also had lots of good advice from DOC, and from Forest and Bird who did transfers of fernbirds to Pauatahanui Inlet in 2017 and 2018. The project was led by FOMI. The birds were caught and managed by an expert team from Parker Conservation helped by volunteers.

They were carefully transported overnight to Paraparaumu Airport and then flown to Mana Island at first light to be released in the Waikoko wetland. They all travelled well and were in great condition on release.

We have a monitoring programme to check on their progress. All suitable habitats on Mana will be systemically searched for fernbirds using recorded calls in a pre-breeding (July/August) and post-breeding survey (February/March) for at least 1-2 years following initial release. The birds have distributed themselves into territories all over the Island and unbanded birds have been regularly seen, indicating that successful breeding has taken place. 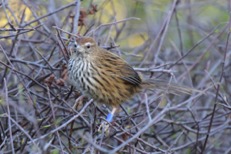 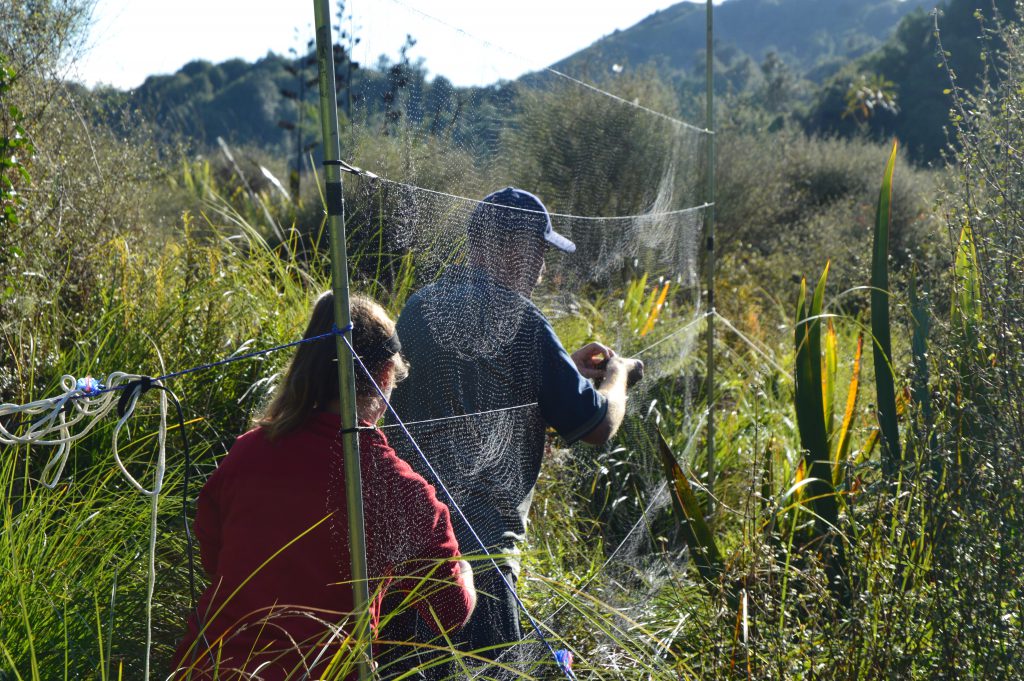